Completion of 50kW Solar PV array at Ditcham Park in time for the FiT application.

We completed the installation of Solar PV power generation on the roof of the sports centre at Ditcham Park School over February half term. The school centre was chosen over other buildings following a study by ReEnergise which found it offered the best opportunity based on the structural strength of the roof, the south-facing aspect, no restrictive shading, limited line of sight visibility and ease of connection to the school’s power supply. These characteristics and the fact that the Solar PV provides close to 100% usage of the electricity generated, helped to give the school a healthy return of investment of 16% and payback of 7.9 years.

The solar panels specified were based on a higher rating than standard (monocrystalline, 295Wp), providing the full 50kW array and giving a clean aesthetic appearance, which was important to the school, being situated in the South Downs National Park.

The solar system has replaced 24% of existing grid imported electricity, reducing annual CO2 emissions by a similar proportion. The school has been delighted with the result, saying ‘Very pleased with the work undertaken and really excited to hear it is generating already – thanks so much’ (Bursar & Clerk to the Governors). 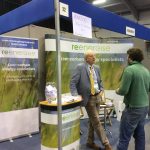 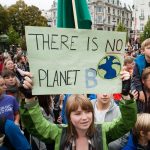