Government Net-Zero Policy for Heat and Buildings on School Estates

This article is an update on recent UK Government policy developments regarding net-zero, especially concerning the heating of buildings. The purpose is to highlight those issues that will most influence what independent schools need to be doing over the next few years.

There is also now an interim target of reducing emissions by 78% by 2035, based on 1990 levels. This was introduced in 2019. The purpose of that interim target is to encourage a steady reduction in emissions and avoid the UK leaving it all to the last minute.

Three long-awaited policy documents were issued in October 2021. These are:

The government has also started issuing consultation documents to explore the detail of how best to implement the intended policy. Note that it is the consultations that are often the more important part of the legislative cycle, because good intentions can founder on difficult details. The consultation now under review of most relevance to the Independent Education Sector concerns the implementation of legislation for sites off the gas-grid. This is considered one of the most pressing issues in government circles, partly because sites off the gas grid are usually burning coal, oil, or LPG for heating and certainly the first two are high carbon emitters. The other factor is that the government is already clear about the technology options for sites off the gas grid, whereas it is still hedging its bets for technology options on the gas grid.

These three documents amounted to some 1000 pages of detail. It’s quite a tall order to distill all that into digestible nuggets, but the section below is an attempt to do that. Note that this is just the headlines: analysis and comment is in the next section of the article.

Financing the Transition. The UK will endeavour to:

Heating is the Hardest Part. The government recognises that for most buildings, including clusters such as school estates, the major technical and financial challenge is to convert the provision of heating and hot water to low-carbon alternatives. Comment. We would agree. Having now considered the conversion of many school estates in some detail, in ReEnergise, we have found that it is always the heating that provides the main technical and financial challenge, along with those changes to the power supply that are usually necessary to make the new heating system viable.

Biomass by Exception. The government notes that some buildings may need to be heated by biomass because of their poor thermal properties and the related high flow temperatures that the heating plant needs to provide. Comment. A cause of some heated discussion in engineering circles. Some heat pumps can achieve similar flow temperatures to combustion-based heating plant, e.g, 70 degrees C (or higher). However, these high-temperature machines are more expensive to install than their more widespread lower-temperature counterparts. Ultimately the choice between heat pumps and biomass in schools is often driven by local constraints of a more pragmatic nature, such as space available; and, of course, the available budget.

Role of Hydrogen. The government has stated that it intends to make strategic decisions about the role of hydrogen in the national net-zero plan, by 2026. Comment. Given the wealth of material to be considered, and the extent of conflicting vested interests on the supplier side, it is not surprising that the government has declined to commit to a firm plan at this stage. That said, the clear consensus amongst the majority of impartial experts on the supplier side is that hydrogen will not play a major role in the heating of buildings in the UK. It will play a major role in net-zero, but primarily in those situations where there is no other more cost-effective alternative available. This could include bulk transportation and will certainly continue to include manufacturing processes, where hydrogen is already a key player. Don’t be fooled by media reports about village trials for delivering hydrogen in the gas-main (e.g. Winlaton in County Durham). These are trials of hydrogen being blended with natural gas, at a proportion of not more than 20%, and most reports fail to point out that this is not actually ‘green’ (zero-carbon) hydrogen; nor that the calorific value of the fuel is lower and that bills will need to rise to achieve the same heating levels. The nub of the issue is that there is still a developmental and commercial mountain to climb before we get anywhere near extensive use of clean hydrogen for heating buildings. I would not bet on it; nor would I build a school net-zero strategy based on it.

Domestic Market (included here because we’re all home-owners; and school estates usually also have some domestic staff premises). The government will offer financial incentives to encourage the conversion of domestic premises, whilst incentives remain necessary because of the higher price of the low-carbon alternatives. The intent and hope is that the price differential will rapidly decline, through innovation, mass production, and a marked increase in the supplier/installer base. Initially, price parity will be achieved through grants, under the Boiler Upgrade Scheme which launches in April 2022. Those grants are set to be £5000 for a new domestic scale air source heat pump (ASHP) and £6000 for a new domestic scale ground source heat pump (GSHP). Comment. For many homes, which are suitable targets for ASHP, that cost-reduction outcome is probable. Octopus Energy, a fast-growing energy supplier that is branching out into various conversion markets, has already stated that by April 2022 it expects to offer conversion from gas boilers to ASHPs for the domestic market at the same price as merely installing a new gas boiler, once the government grant has been factored in. However, the same outcome is unlikely to be achieved for housing requiring a GSHP. GSHP projects entail significant groundworks: the groundworks often account for about half the overall cost in a domestic setting and there is nothing in the marketplace currently to indicate that groundworks will become much cheaper. If anything, groundworks could rise in price. Note also that by implication the grants will not be available for long.

Public Sector. The government will also allocate funding for the conversion of the public sector estate. This is being done by means of the Public Sector Decarbonisation Scheme (PSDS) which will provide some £billions of funds over the coming years. The PSDS has now been operating for over a year and is on its third tranche of funding. It is now configured so that it covers the price differential between the outgoing fossil fuel plant and the low-carbon alternative. Comment. Unfortunately this funding is not available for the Independent Sector schools.

Commercial Sector. In contrast, the government will not allocate significant financial support to the conversion of the commercial sector. Instead, the policy will largely shift from carrot to stick. The current subsidy system for the commercial sector – known as the non-domestic Renewable Heat Incentive (RHI) – is already drawing to a close and has not been open to new entrants since April 2020. There will not be an RHI phase 2: commercial buildings will all eventually be required to be converted, through regulation. Comment. Independent schools sit in the commercial sector, in this context, even though most are also registered charities. The thrust of this policy is that independent schools will have to finance the required capital outlay from their own resources, in the same way that new-builds and other estate developments are funded.

Timescales for Conversion. Recognising that the conversion of heating nationally represents a huge transitional financial burden – whether paid for by grants or met by corporate commercial entities from their own funds – the phasing out of fossil fuel plant will be done using the natural lifecycle of existing plant. In other words, no existing fossil fuel plant will have to be removed before its end of life; but from a certain date, when fossil fuel plant fails or has reached the end of its useful economic life, owners will no longer be permitted to replace that plant with like-for-like new fossil fuel plant: it will have to be done using a low-carbon alternative. For sites currently connected to the gas grid that cut-off date is currently set at 2035; for sites off the gas grid that date is from as soon as 2024, depending on size of buildings. Likewise, new-builds will not be allowed to incorporate fossil fuel plant, whether on or off the gas grid: in theory from 2025. Comment. The off-grid policy is in principle as previously briefed by ReEnergise, although it remains to be seen if the cut-off date of 2024 will stand once the current consultation has been reviewed. But even if it slips a bit, it is imminent in strategic terms.

Summary of the Key Implications for Independent Schools

This is a long-term business, which could take at least a decade for most schools: probably more.

It’s no longer a question of if a school will choose to decarbonise the estate, but when it will need to do it.

The domestic market will be shielded to some extent, financially; but there will be no significant financial support for the conversion of school estates.

The driving factor on school estates is the conversion of the heating; plus the work on power needed to enable the heating to be converted.

Given the nature of most school estates, the most cost-effective design concept for the conversion to low-carbon heating is likely to be based around the installation of a district heating system. The implication is that from the moment when one item of major plant requires replacement, that school will have to face up to a major project, i.e. the installation of a district heating infrastructure – even if not all buildings are put onto the district in the first instance.

Current project prices – at the scale required for schools – are unlikely to reduce significantly. In practice, they may well rise. Schools should plan and budget accordingly.

The net effect in strategic terms is that for the next two decades the conversion of a school’s heating plant has become akin to undertaking a new-build in terms of physical and financial scale. It will need to be given due consideration within the school’s development plan. Once the new low-carbon estate infrastructure has been established then the funding of further next generation replacement plant – in the timeframe 2050 and beyond – will be of the same order of magnitude as it has been in the fossil fuel era, because the plant itself is not particularly expensive. But the transition at some point between now and 2050 will be expensive and intrusive, because it entails developing the required infrastructure.

Nigel Aylwin-Foster is a director at ReEnergise. If any reader needs further advice about the points raised in this update please contact him direct. [email protected] 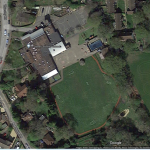 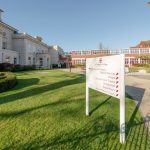