Eighteen months since the project kicked off, work is nearing completion on the Royal Alexandra and Albert School low-carbon heat project which the company is project-managing.

The project consists of heat pumps in 13 plant rooms serving 18 buildings, with a total capacity of 2.2MW. It will save 750,000 litres of heating oil and 2,300 tons of CO₂ a year. The project is the largest school renewable energy project in the country, as far as we are aware; and an inspiration for sustainable energy in school environments.

The source of the energy is the school’s 260-acre estate. Heat is drawn from pipes sunk into two lakes and from boreholes driven into the chalk of the North Downs.

Synergy Boreholes, the drilling contractor, has drilled 160 boreholes to a depth of 140m. 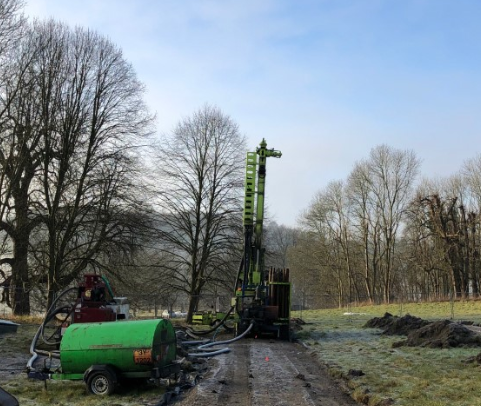 The lakes have loop collectors consisting of 20km of pipe. These are laid out on the surface of the lake before being filled with a glycol/water mix and sunk. 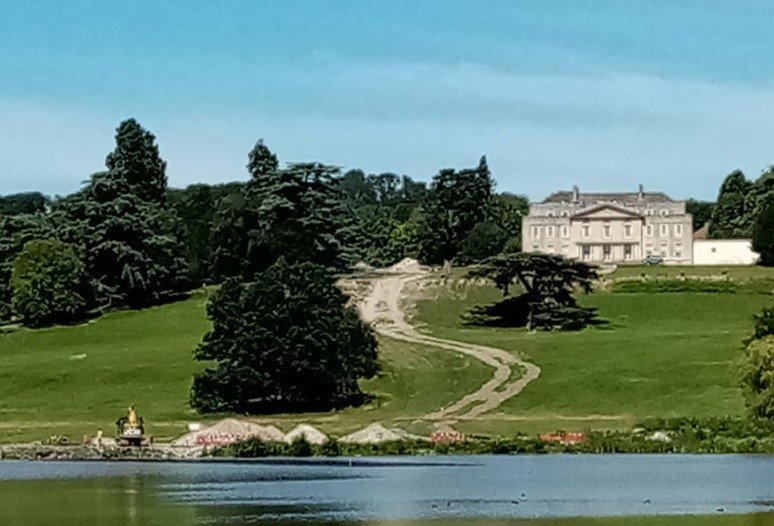 ISO Energy, the installation contractor, have installed 11 of the 13 planned plant rooms. The two remaining plant rooms have been delayed by the COVID-19 pandemic, but should be operational by 31st March 2021.

Thanks to the renewable heat incentive (RHI) subsidy, the project is economically viable, with a payback of ten years. The project has been funded by a 20-year green energy bank loan from Lloyds Bank, which will be repaid from fuel savings, together with funding from the Government’s RHI. In addition to the new heating system, all the boarding houses have had their insulation improved and lighting changed to LEDs to save energy.

In awarding the RHI incentive to the school, OFGEM recognised the school’s application as an excellent use of the RHI scheme. When the school was reincorporated in 1949, the main objective was to establish and maintain a boarding school for boys and girls who are without one or both parents or whose special circumstances make it desirable that they should go to a boarding school. The organisation has evolved into a State school supported by a charitable foundation. The charity owns the land and buildings and and funds free boarding places for 10% of the children at the school in line with the 1949 Act and the core charitable objective. The school’s philosophy and background make this application of the RHI most suitable and a real beacon of hope for others to follow.

The Trustees of the school took the decision to decarbonise by removing ageing and inefficient oil-fired boilers and replacing them with ground and water source heat pumps. The legacy for the school is huge, converting from high carbon heating oil to the lowest carbon renewable energy technology currently available. Everyone at the school is immensely proud of this achievement.

ReEnergise Supports the Pump it Up Campaign for Heat PumpsBlogs, News