Kevin Costner’s Waterworld Gets One Step Closer to becoming Reality

By now everybody must know that the IPCC published a report on Climate Change last week. The gist is that we really do need to keep the rise in average global temperatures down to only 1.5 degrees above pre-industrial levels if we are to avoid a lot of trouble; and to do that we need to reduce and limit carbon emissions, which will require ‘rapid and far-reaching transitions’ across the global economy of an unprecedented scale: in short, a sea-change in how we acquire and run global energy for human use. The report notes that we are already at 1.5 degrees in parts of the globe and already experiencing some of the effects.

I took time out to read the IPCC’s Summary for Policy Makers (SPM), all 34 pages of it. It’s not easy reading. If you want a helpful summary of The Summary by one Jeremy Leggett, go to this link https://jeremyleggett.net/2018/10/10/this-weeks-un-warning-of-climate-chaos-is-the-total-world-rewrite-they-say-we-need-doable/

Reactions have been interesting, to say the least, and in a sense those reactions tell us more about the challenge we face than the report itself.

Consider – this is a credible report by an international collection of experts. The future is grave indeed. I’d use the analogy that we are on the Titanic, we are going to hit the iceberg, the ship is going to sink, there are not enough lifeboats, and now the task is to work out how best to use the available lifeboats to save as many lives as we can. Or maybe cut up other parts of the ship as well to make more rafts.

Doesn’t look good. In response the responsible organisations already deeply concerned with the impact of man-made climate change have used it to reinforce their point. Perfectly reasonable reaction.

Many of them have also noted that the report shows that the drastic transformation required can be achieved in time to avert trouble. I don’t think so. Not because it’s not technically feasible; but because – to continue the analogy – the Titanic is commanded by 193 captains, with different languages, interests, codes of practice, etc, and a host of fare-paying passengers intent on carrying on having a party. Here are some examples and I’m sure you can see the inferences:

It’s not hard to see why this would happen, given that there is no precedent for all the nations of the world to work together to a common goal in times of adversity, except when half of them were working together to beat the other half.

Paradoxically, I believe the report is partly to blame, but I’ll offer a justification for that statement in another piece shortly. 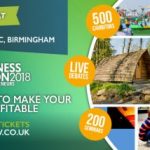 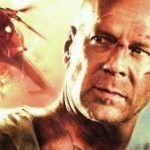 The IPCC Report is Arguably the Author of its own Failure.News