News Round-Up: May to July

It’s been a while since our last newsletter, mainly because we’ve had so much work on that the sales and marketing team have been co-opted into project management tasks, to keep up with the pace. But it’s been a period of significant milestones, both nationally and for us as a company. Here are just a few of them:

In May Great Britain completed a full week without using coal to generate power, the first time it has done so since the Industrial Revolution. This was achieved because solar and wind farms were generating so much power.

In May the UK’s committee on Climate Change assessed that the UK could achieve net-zero carbon status by 2050, affordably. In contrast, Extinction Rebellion demanded it be done by 2025.

In May, we published our 1-page strategy advising schools how to achieve net zero-carbon status. This is intended to be an easy, straightforward, no bull***t guide, giving the basic tenets that senior staff in schools need to have at their fingertips if they wish to see their route through the apparent minefield.

In June the UK Government passed into legislation the commitment to achieve national net zero-carbon status by 2050, amending the Climate Change Act of 2008 to establish the new target.

In June, some rather important Climate Overheating mitigation talks in Bonn ended inconclusively, with Saudi Arabia notably questioning the science underpinning the UN IPCC October 2018 report, which was the one that stated that if we don’t take serious action in the period up to 2030 then life on the planet is going to get an awful lot worse. The USA, Kuwait, and Russia have also repeatedly questioned the science.

In July, Royal Alexandra & Albert School in Surrey committed to undertake two pilot ground source heat pump installations as a risk reduction measure prior to converting the entire estate: that’s 2MW of capacity, which would make it the largest heat pump programme for a school in the South of England, possibly in the whole of the UK. ReEnergise will be project-managing this programme.

In July, the Crowther Lab, a research institute in Zurich, published a report on the predicted practical effects of Climate Overheating. One example was that by 2050 London’s climate would be more like Barcelona’s today. Sounds great, until you take into account that Barcelona had hundreds of years to evolve and operate in that temperature range. Can you imagine how sweaty the Underground will be?

In July RIBA, the Royal Institute of British Architects, declared a Climate Emergency. The decision to acknowledge formally the role that architects have in causing climate change and alleviating it was made at a council meeting of the RIBA.

In July the National Trust decided to divest entirely from fossil fuels around its estates and properties.

In July, the tally of schools and estates going through the ReEnergise step-by-step risk-reduction process en route to low-carbon heat on their estates reached 8, with two more likely to start soon. This equates to about 12MW of heat generation capacity that could be converted to low or zero-carbon systems by January 2021. That’s the equivalent of over 80 plantrooms to be converted from fossil fuels (mainly oil) to a suitable low-carbon alternative, helped by the RHI. 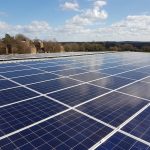 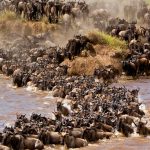