Reflections on Climate Change and the Independent Education Sector

A Call to Arms.

A cynic might say that any independent school that takes climate change seriously should invest more time in training its combined cadet force than in decarbonising its estate and promoting sustainability.

Read on and I shall clarify.

These days I read as much as time permits about the science behind climate change. Partly it’s my job to be informed but I’m also keen to know the truth. Are we approaching the ‘End of Days’ as the experts say? Or is it, as some journalists claim, merely another left-wing hoax? There are plenty of people who simply do not believe that climate change is a serious threat. Or they do; but find it impossible to get a handle on it.

I beg to differ with the sceptics. The science paints a startling picture. Or rather, it should but actually it doesn’t: the science lists facts and figures and interprets them dispassionately, which is part of the problem – it seems anodyne. However, if you can find an analysis that brings it to life in practical terms, then it paints a startling picture: so much so that one could easily be overwhelmed by the doom and gloom.

Here’s one snippet. Every year, the World Meteorological Organisation (WMO) issues a Statement on the State of the Global Climate. This year’s report prompted Professor Brian Hoskins of Imperial College London to state (when COVID-19 was already with us):

“The report is a catalogue of weather in 2019 made more extreme by climate change; and the human misery that went with it. It points to a threat that is greater to our species than any known virus – we must not be diverted from the urgency of tackling it by reducing our greenhouse gas emissions to zero as soon as possible.”

By all scientific accounts (except those sponsored by the oil and gas lobby perhaps) the prognosis is pretty dire. Here’s another example. A research article published in May this year from the PNAS (Proceedings of the National Academy of Sciences USA) analyses how humans have lived within quite a narrow but stable climate niche for recorded history but now that is changing. Not by much but by enough to tip the balance of habitability around the globe. It assesses that given the current trajectory of global warming:

‘Even in the most optimistic outlook, by 2070 1.2 billion people will fall outside the comfortable ‘climate niche’ in which humans have thrived for at least 6,000 years.’

How does that end? If one sixth of the planet’s population – largely centred on the tropical zone – can’t live at home anymore, then they’ll migrate. Or they’ll perish. History tells us that when large swathes of population migrate there is always conflict. When a billion-plus people have to migrate or perish in the space of a few years there will be untold misery, confrontation and escalating conflict. Hence my slightly flippant point at the start about training up the CCFs.

However, as an ex-military person myself, I would not see this as a moment to assume all is lost, arm ourselves with pitchforks and cement-mixers and head down to Folkestone to block up the Channel Tunnel. There is still time to take a slightly more indirect and constructive approach. If we can double-down on our collective efforts to reduce carbon and other greenhouse gas emissions, we still stand a chance of halting the warming in time.

Unfortunately, we are not getting a grip of it nearly fast enough. Weekly atmospheric CO2 counts are still rising steadily. The UK, like many nations, has resolved to act and we have committed to achieving a state of net zero-carbon by 2050. It is a worthwhile and important goal but we are way off track – in thought and deed. For example, the UK Government talks a lot about its support for decarbonisation but it’s just confirmed the end of the main financial incentive to decarbonise heat (the Renewable Heat Incentive (RHI)) from March 2022 and what it’s proposing as a follow-on effectively spells the end of the recent surge in progress, especially for rural estates and schools off the gas grid. Heat generated by burning fossil-fuels, in particular oil, is the Voldemort of the carbon emissions battle and UK policy is about to surrender to it.

And so to schools. What should schools be doing about climate change?

Number one is the foundation. Schools hold the future in their collective hands. After all, it is the students of today who are going to face these challenges of tomorrow. I respectfully submit to the leadership of the independent education community that independent schools – as a focus in the UK for educational excellence in its broadest sense – could, and should, be making rather more noise about it than they are.

Please do not misconstrue that statement. Many schools have achieved great things in the past few years. I’ve worked with several of them and been amazed at the resilience of the bursar community in keeping sustainability projects alive whilst juggling with an ever-increasing workload and competing demands on the budget from other, higher priority projects. But to me that very accolade illustrates the nub of the issue: sustainability and decarbonisation still isn’t mainstream stuff – it’s still more important to most school governors to build a new STEM building or theatre than it is to decarbonise the estate.

I can understand why. Schools need to be competitive and one way to retain that edge is to have palpably outstanding facilities. There is a sort of schools new-build arms race going on. A few months ago I asked a bursar why it was now so important for schools to have such an active new-build programme, because it hasn’t always been like that. “Build or die” was the answer.

Sustainability and the decarbonisation of the school estate cannot compete on the school facilities front: you don’t tend to show visiting parents the boiler rooms! Nonetheless I’d like to see a similar arms-race going on in terms of sustainability credentials. The problem is that it is not a cheap matter to render a school zero-carbon and if only a few schools dive in then they are taking a risk; but if it was seen as mainstream then nobody would be taking a risk on it and the rate of progress would shoot up.

ISBA has indeed started taking a lead on this and I applaud its endeavours. Regular updates on government policy and other relevant topics feature in the ISBA bulletins. Sustainability now features as a regular session during the annual conference. And ISBA has recently lent its support to a new PR campaign to get the UK Government to pause and think again about its post-RHI plans. But there is a long way to go. I’d like to see climate change mitigation in schools featuring as a mainstream topic at independent education sector conferences including at the annual HMC and other association annual conferences. I’d like to hear heads and chairs of governors clamouring for action, rather than shying away from it as too many still do. I’d also like to see the sector badgering the government to put its money where its mouth is. Baroness Hayman, speaking in the House of Lords recently about the government’s proposed Green Recovery – one of the five planks of the COVID-19 economic recovery programme – said that schools could lead the way. I agree with you, Baroness.

Number two: education. If you want to know how to achieve something, you have to study it. Students and staff need to learn about the science and the options for mitigation. This is a new topic in the wider scheme of things but it’s now urgent. I don’t think I’m being unfair in stating that there is still widespread ignorance of the detail amongst the upper echelons of the leadership. Most heads would probably like their schools to be more sustainable but they don’t know what it requires in practice. To be fair, why would they have known until now? It wasn’t important. All of a sudden it is.

One of the ironies of this is that with a greater understanding of the detail would come a realisation that climate change mitigation is not actually such a monster after all. There seems to be an underlying sense in some quarters that somehow energy is bad and we’ve got to stop using it. Energy is not bad. We just need to stop wasting it; and use the right energy. It’s the greenhouse gas emissions that are going to kill us – not energy usage per se. There is such a thing as clean energy.

Number three: measuring performance. Schools are subject to academic league tables but they are still not subject to sustainability league tables. They should be. You can’t tell how well you are doing if you don’t measure your performance and compare it with others. I’d like to see a school’s carbon status as one of the measures of quality. I accept that it’s easily said and would require care in the application, in order to provide an authentic outcome. However, I’d submit that it would be easier to grade schools fairly on sustainability and decarbonisation than it is to grade a nation’s worth of GCSE English Literature papers: but we all accept the latter because we’re used to it and we have faith in the rigour.

Writing this has made me think that it’s just a matter of priorities, after all. A zero-carbon school is an achievable goal. There is nothing that needs to be done that cannot be done. We all just need to agree to go for it. 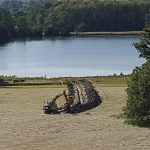 Comments on BEIS Consultation on Future Support for Low-Carbon HeatBlogs