We are working with Brighton and Hove Energy Services Cooperative (BHESCo) towards providing the village of Firle in East Sussex with a community funded district heating system (DHS) providing both heat and domestic hot water (DHW). The village is off the main gas grid and the majority of properties are currently heated using oil boilers. A low-carbon DHS will not only save money for householders and other property owners but will significantly reduce the carbon footprint of the village and other emissions.

Firle has developed as a linear village between the South Downs and the A27. It has an existing biomass energy centre at the southern end serving Firle Place Manor House and stables. Despite this there was an initial preference expressed for the DHS to be heat pump based.

As technical consultants we decided that the best way to analyse the options was to split the village into three zones. We considered multiple combinations of options from all three zones being fed from an extension to the current energy centre through to various different technical solutions for each zone.

We discounted the possibility of using a ground source heat pump (GSHP) to feed an insulated DHS because the constant demand for DHW meant the required output temperature was too high to run a GSHP efficiently. We concluded that the zone covering the main part of the village should be supplied by a DHS fed by a biomass boiler housed in an extension to the current energy centre. Biomass is ideally suited to this high temperature requirement and can meet the demands of the densely packed village centre with a number of higher demand non-domestic properties. Critically, it provides the most economic solution and attracts the non-domestic renewable heat incentive (RHI) for all heat produced. The Firle Estate manages its own woodland to produce the woodchip for the current boiler and are considering expanding the area under management to provide woodchip for the new system.

For the other two zones, with less density of properties, we are proposing a series of shared ground loop GSHPs. Using this approach means that it is ground temperature “brine” circulating in uninsulated pipes rather that high temperature water. Recent changes in the RHI rules mean that this system attracts non-domestic RHI.

The Firle Estate have given the go-ahead so the next step is to canvas the villagers on whether they will sign-up to the system. 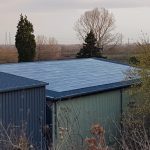 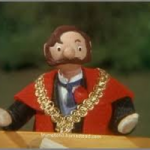