The first phase of an innovative renewable energy system was switched on at the Royal Alexandra and Albert School today.  As well as being cost-effective the new Ground Source Heating system will mean the School no longer relies on 755,000 litres of oil each year to heat the School and boarding houses.  Two boarding houses now use the new eco-energy, and within 12 months the whole school will be exclusively heated by energy obtained from within the School’s 260 acre estate.  The source of the energy is the bedrock beneath the school and lakes within the park.

Tony Samuels, Chairman of Surrey County Council officially opened the first phase, in the presence of school staff, governors and members of the School’s ECO Society.

The new Ground Source Heating system is believed to be the largest such project in the UK.  Previously the school and its boarding houses were all heated by oil, with 23 separate boiler rooms burning more than three quarters of a million litres of oil per year.  The new scheme will draw heat from 2 lakes and some 170 bore holes driven into the chalk of the North Downs.

Headmaster, Mark Dixon said “The school and all our pupils are very conscious of the implications of burning such vast quantities of fossil fuel for heating. We have been working hard for over a year to come up with a workable system using renewable energy sources.’

“The project is costing over £5million to install. ReEnergise conducted the technical feasibility for the project and economic viability and continue an engagement with the school through project management support.’’

The project will be funded by a 20-year green energy bank loan from Lloyds Bank which will be repaid from fuel savings, together with funding from the Government’s Renewable Heat Initiative. In addition to the new heating system, all the boarding houses have had their insulation improved and the School is changing all its lighting over to LEDs to save energy.  Within 20 years the project will save 15 million litres of oil.

15-year-old Holly Anderson, a member of the Eco-Committee who attended the official opening, said “The ground source heat project is a good idea and a step in the right direction. I hope it inspires other schools and the local community to look at more environmentally friendly solutions.”

Working Towards Zero-Carbon Status in SchoolsNews 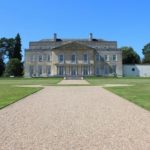