Mayor Trump has called a meeting in the market place. He is looking quite angry today.

‘Ahem. Some people here, bad people, have posted a petition on the front door of the Town Hall. They say they want more action on climate change. Bad. Very bad. In particular they want me to close down the Town Hall’s oil-fired boiler and put in a new district heating system to serve the whole town on a heat network.’

‘Yes,’ said Mr Troop, the Town Clerk. ‘That would save everybody money; and make the air fresher; and the Government will help with subsidies. I’ve already done the business case.’

‘It’s true,’ said Chippy Minton, the carpenter. ‘I read it on the BEIS website. Subsidies are index-linked to the CPI and guaranteed: the more heat we use, the more the subsidy. It’s a great idea. It could save us all lots of money compared to the oil we’re on.’ 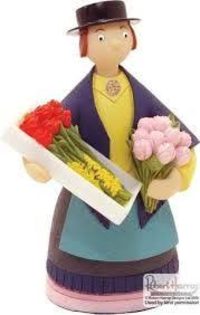 ‘I read a report by the United Nations Intergovernmental Panel on Climate Change,’ said Mrs Cobbitt the flower seller. ‘It said that we need to get carbon emissions down to net zero by 2050 if we are to prevent irreversible damage to the environment, such as the destruction of all coral reefs, loads more hurricanes and large forest fires, and tens of millions of people being made homeless due to rising sea levels.’

‘I bet my shop would be one of the first to get washed away,’ said Mr Clamp the greengrocer. ‘It’s only stuck down with glue and was a last-minute rush job when the producer wanted more buildings on the set.’

‘I don’t believe it,’ said Mayor Trump, getting more orange than ever before. Secretly he was quite worried, because he had a house by the sea, but he wasn’t going to let on.

‘It was a last-minute job,’ said Mr Clamp. ‘It’s rubbish. You go inside and it hasn’t got any proper rooms at all.’

At that moment Nibs Minton the apprentice and Miss Lovelace the hatmaker (who had a bit of a thing going on) started up a chant. ‘We want action and we want it now.’

Others started to join in.

Mayor Trump grew even more orange and his hair started to smoulder. But at that moment Mr Wilkins the plumber came running in to report that a fire had started spontaneously in Mr Clamp’s premises.

And the rest is history… 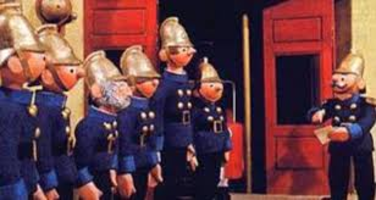 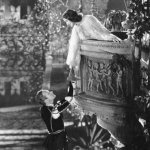 Why ReEnergise is Rehearsing ShakespeareBlogs 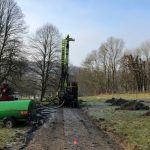 Energy Purchase Agreements: Useful if a School is now Worried About CashflowBlogs