The IPCC Report is Arguably the Author of its own Failure.

What we really need is Die Hard 2030 starring Bruce Willis in his most knife-edge car chase yet.

Two weeks ago I suggested that the IPCC report is partly to blame for the ambivalent reaction it has so far received in policy making quarters and the general disinterest in the popular press.

I have no qualification to judge the scientific or economic merit of the IPCC report, nor would I dare. But it is not easy reading. The Summary for Policy Makers (SPM) – all 34 pages of it – is meticulously balanced and scientific in style. What’s wrong with that – it has to be doesn’t it? Yes, but this is intended to be a document which makes the observations more accessible for policy makers, and I don’t think it does that. Its very balance and absence of any theatrics does not bring to life the consequences of inaction in a way that will make populations and policy makers sit up and take note in the way that we need.

I’d suggest that what we need is text that paints a picture and offers some tangible and localised examples. E.g. ‘If we don’t get to net-zero carbon emissions by 2030 then Hurricane Michaels will hit the Eastern Seaboard of the USA at a rate of one a week during the hurricane season’… ‘Venice will be uninhabitable by 2035’… ’Majorca will be finished as a tourist destination by 2040.’  (I’m not saying that precisely these things will happen – it’s the nature of the language I’m trying to get across).

Limiting the risks from global warming of 1.5°C in the context of sustainable development and poverty eradication implies system transitions that can be enabled by an increase of adaptation and mitigation investments, policy instruments, the acceleration of technological innovation and behaviour changes (high confidence).

Did your eyes glaze over? Could it be more generalised and obtuse? Here’s another example:

A reduction of 0.1 m in global sea level rise implies that up to 10 million fewer people would be exposed to related risks, based on population in the year 2010 and assuming no adaptation (medium confidence).

See what I mean? The first extract is dryer than an extra dry Ryvita biscuit, and completely open to interpretation by those with vested interests. The second is precise and sounds serious enough. But again, it’s too easily ignored by policy makers. Which 10 million people are going to be saved? Which coastlines are going to escape devastation? Because if it’s not going to be in my backyard I don’t need to worry, do I?

The point is that this is disaster movie material starting to come true, before our very eyes, but it’s being portrayed with all the (absence of) drama of a parliamentary select committee session. (Sorry Ministers).

I suggest what we need from the IPCC now is a Summary of the Summary, with some graphic, localised examples that will make voters pay attention. Because if the voters ain’t moved, the leaders won’t act.

We need to get the Daily Mail fired up and Bruce Willis back behind the wheel for one more movie…Yippee-i-a Mr Trump. 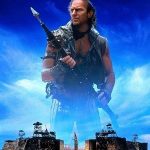 Kevin Costner’s Waterworld Gets One Step Closer to becoming RealityNews 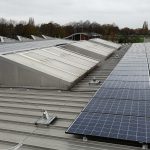